Why Intent Matters In A Criminal Defense

Many crimes in the federal and state codes require some degree of intent before a jury can convict the defendant. Intent breaks into two varieties, general and specific. Here are four reasons why criminal defense attorneys care so much about questions of intent.

Intent is the idea that a person had a guilty mind at the time they did something wrong. Fraud is a crime that usually requires intent. If someone with access to accounts places money from a nonprofit organization into their personal accounts to take the money, for example, they've probably demonstrated enough intent to support a fraud conviction. Conversely, if the same person made a mistake and accidentally transferred too much money, they might have lacked the necessary intent for fraud.

Notably, what a person does at the time of and after the alleged crime reflects on their intent in many cases. In the fraud example, spending the money after they discovered the error would contribute to the argument that they had intent.

Specific intent refers to the idea that a defendant went into a criminal act with the clear goal of knowingly doing something wrong. Criminal defense lawyers often point to robbery as an example of specific intent. Robbery requires a deliberate use of fear or a threat of force. If a person purchased a gun and threatened a person on the street to compel them to hand over their wallet, they demonstrated the specific intent of robbing the victim.

General intent applies to scenarios where the person's actions were deliberate but they didn't have a specific plan. Criminal defense attorneys might argue that a robbery client hadn't intended to use force until they were confronted. If the alleged robber went into a house unarmed and not expecting anyone to be there, that might be seen as general intent rather than specific intent sufficient for a robbery conviction.

Criminal defense firms also can sometimes present arguments for self-defense. Just because someone did something deliberately doesn't mean they had criminal intent. If you were defending yourself during an attack, you wouldn't have had intent of any type because you were responding to someone else's actions.

For criminal defense attorneys, many cases aren't about disproving intent. Instead, the goal is to show that the state hasn't met its burden of proving someone's willfulness and criminality. Video evidence, witness testimony, and even the nature of the charges may indicate how much intent was or wasn't involved in a sequence of events. 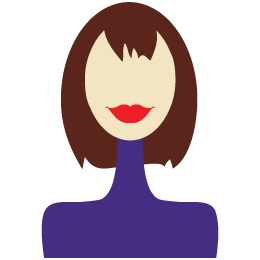